Take your T-Rex for a Run!

Collect and save eggs from dinosaur nests and those strewn on your path. Eggs can be used to revive and continue running after a crash. They also come in handy for purchasing cool powerups from the powerups store.

There are also special pickups present in the dino’s path that stay active for a set duration of time. Such pickups include ‘Dash’, ‘Shield’, ‘Heartin’, and ‘2X’. Dash lets the dinosaur run like the Flash for a few seconds. Shield provides protection from any obstacles. Heartin’ revives you after a crash, once. And ‘2X’ lays double eggs on your path to be collected.

Apart from the above pickups, there is also a powerups store. Powerups are ways you can enhance your dino with some really cool abilities. Transform your Trex into an Angry Mega Trex, explode obstacles and Pterodactyls with a Flamethrower, carry and protect yourself with a Battle Shield, or even fly-off in a Jetpack. Each of these powerups can be purchased using Eggs that you collect while running.

But this isn’t all. More powerups and locations will be introduced in this exciting Dinosaur game. Check out the game, now available on the Android Play Store, and send your feedback to inbas.studio@gmail.com. Help us make this dinosaur game awesome. 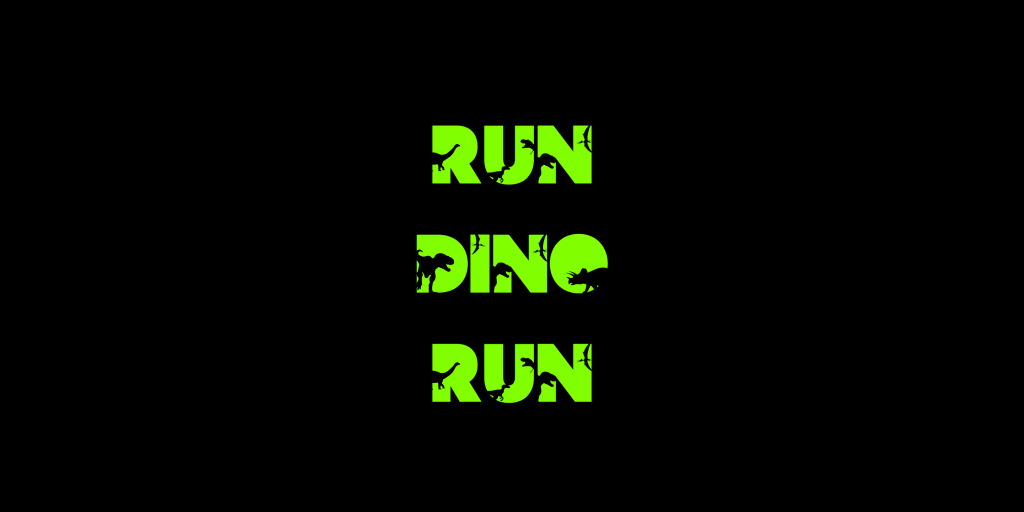 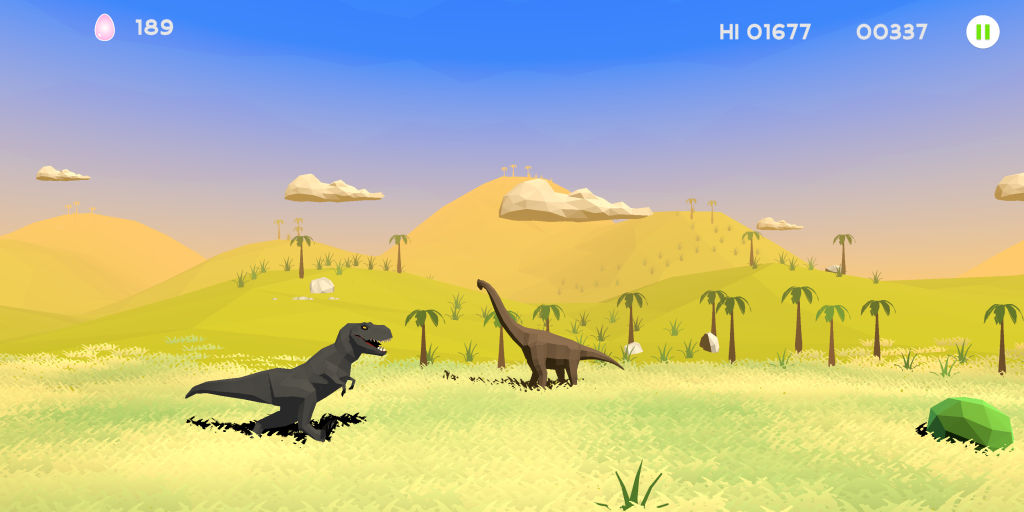 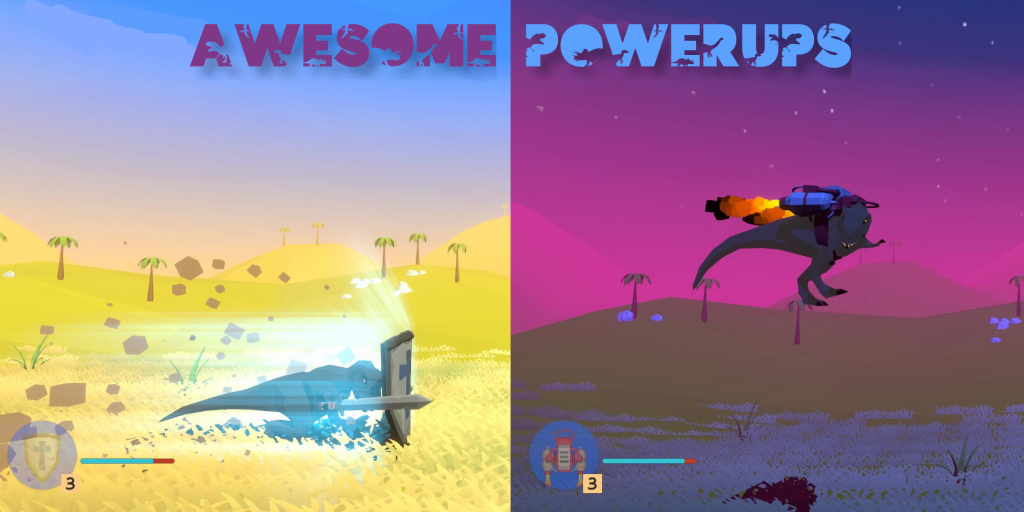 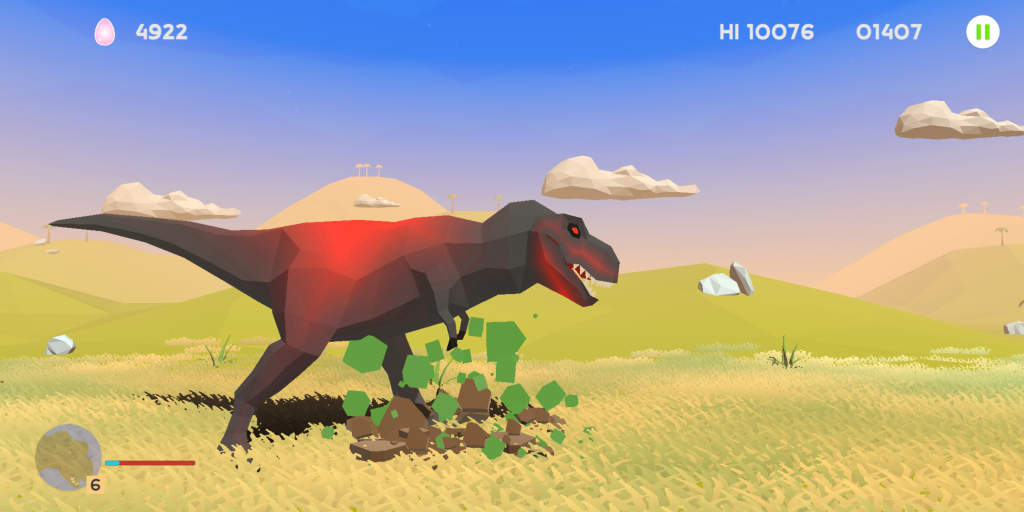 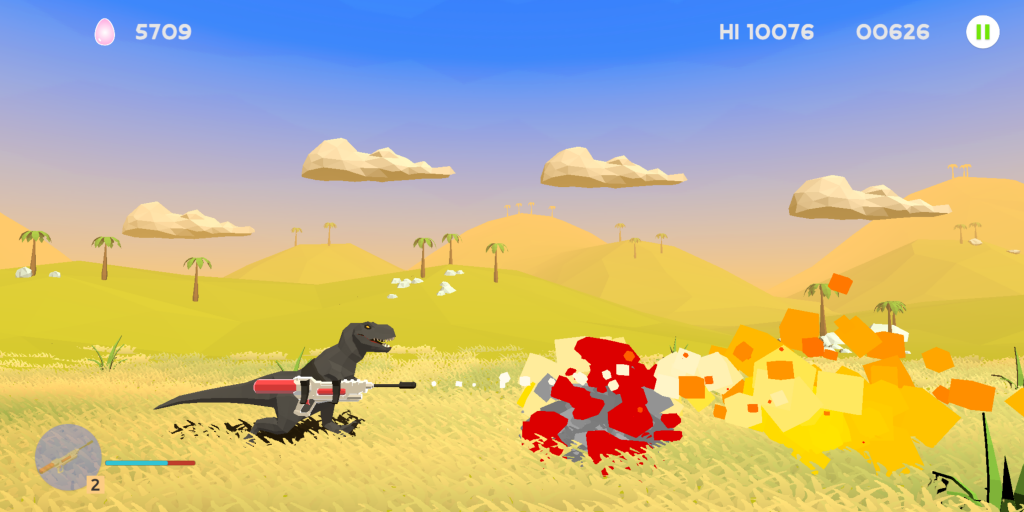 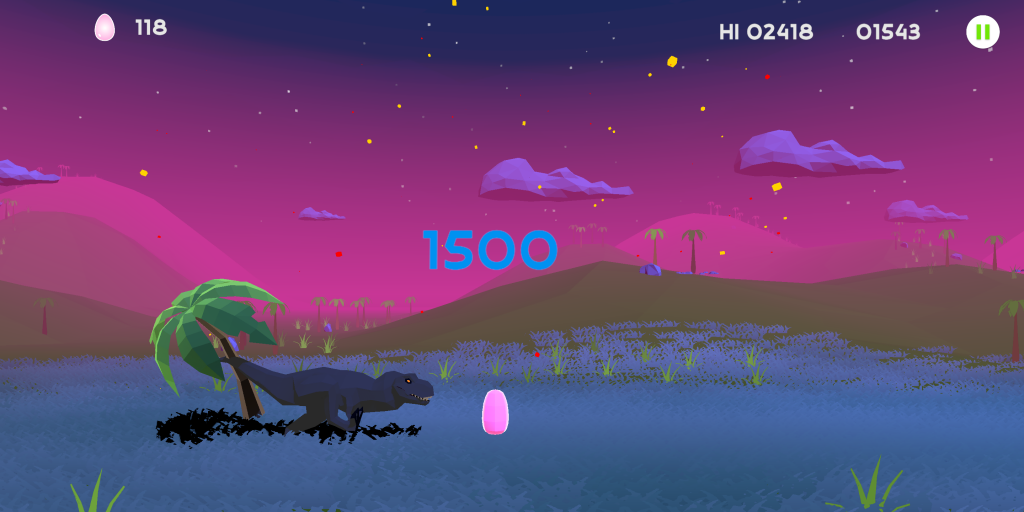